Now, most would say that the Amiga range of computers died a long time ago, somewhere around the mid-ninties maybe. But as for the Amiga – it’s still being developed. Not so fast, and not that much – but still. The official OS-codebranch were somehow sold to Hyperion, which ported the OS to PPC. And some companies have released machines to go with the OS, amongst them ACube.

I do collect some retrocomputers, and after reading this article –

AmigaOS 4 developer interview: Why it endures and what the future holds

i decided to buy an Sam460 to add to the computercollection – a PPC-based machine that can run Amiga OS 4.x (and some Linuxdists in beta form). The Sam460 is sold as AOne500 from Acube.

The AOne500 machine in itself, is an quite ok-looking black little thing. I hadn’t run Amiga OS4 ever before, and didn’t know what to expect. I must say running Amiga OS 4 is a double experience.  For everyone that once had an Amiga, it’s like Amiga OS in high resolutions. on steroids. Familiar from old times, but still fresh.  And yes, things have moved on since the old daygs- You don’t have to add your own TCP/IP stack, you can run an ATI-card and so on. It’s no use comparing the Amiga OS to a modern PC though, because it will lose in almost every aspect. This computer and OS is for fun having fun and tinker with.

I’m extremly happy with my little beefed up retroish-computer and hope to do some C-programming and other stuff on it in the not to distant future.

– Again i repeat – don’t compare this to a modern PC with Linux on it (or Win 8) – Amiga OS doesn’t have a usersecurity model, memory protection and so on. It’s more for fun and hobbyists.

– Don’t compare the hardware to a modern PC – it’s a nichemachine, and it will therefore be expensive.

– At first i had some problems with mine, which turned out to be a faulty memory module. It made me learn a lot about the machine though.

– I haven’t got the Linuxdists (Debian. Ubuntu) to run sucessfully on it yet.

– Also, MorphOS and AROS is coming to the machine.

It was time for me to buy a new tower case, and since i always wanted a fulltower, my choices were limited. Also, my girlfriend had some opinions on the tower in it-self, as it would be kept in our living room, and not in my computer corner. I didn’t want a blinking green/red monster.

Fractal design is a Swedish company, doing mainly computer cases that quote ” provide products with an extraordinary design level, without compromising the important factors of quality, functionality and pricing. ”. All in so-called Scandinavian design, minimalistic and by the ”less-is-more” philosophy.  Often they get very good reviews.

After reading reviews and having the regular search-da-internez, i had the luck to see that Fractal design were to relase their new fulltower just now. So, i decided to go for it.

A heavy and big package arrived at the postoffice last night, and after unpacking it, i started to migrate the motherboard. PSU and stuff from my old case. To my joy it was very easy, and i felt the the case oozed of quality. Plenty of space compared to my old case. I always feel a bit nervous when doing big migrations like this, but the computer started at once in the new Fractal case. Basically i stuffed 5 harddrives, one Gigabyte ATX-amd, two Radeons 5770, one Seasonic PSU and a water cooler (ECO from COOLIT) into it, besides the 3 fans Fractal included.

It’s such a (silent) beauty, and i can warmly recommend anyone looking for a new fulltower case to buy one of those. Go for it!

Here’s a review in Swedish

and one in English

Negative: Fractal design as a company doesn’t seem to have a strategy for environment/green, and that’s something i as a consumer expect , every serious company has it. 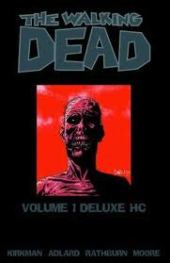